A young and slightly bored-looking angel holds a banner with the words “In Memoriam.” It is an unusually good piece of sculpture. The monument may have been put up in 1911, when Ida May Haudenshield died. 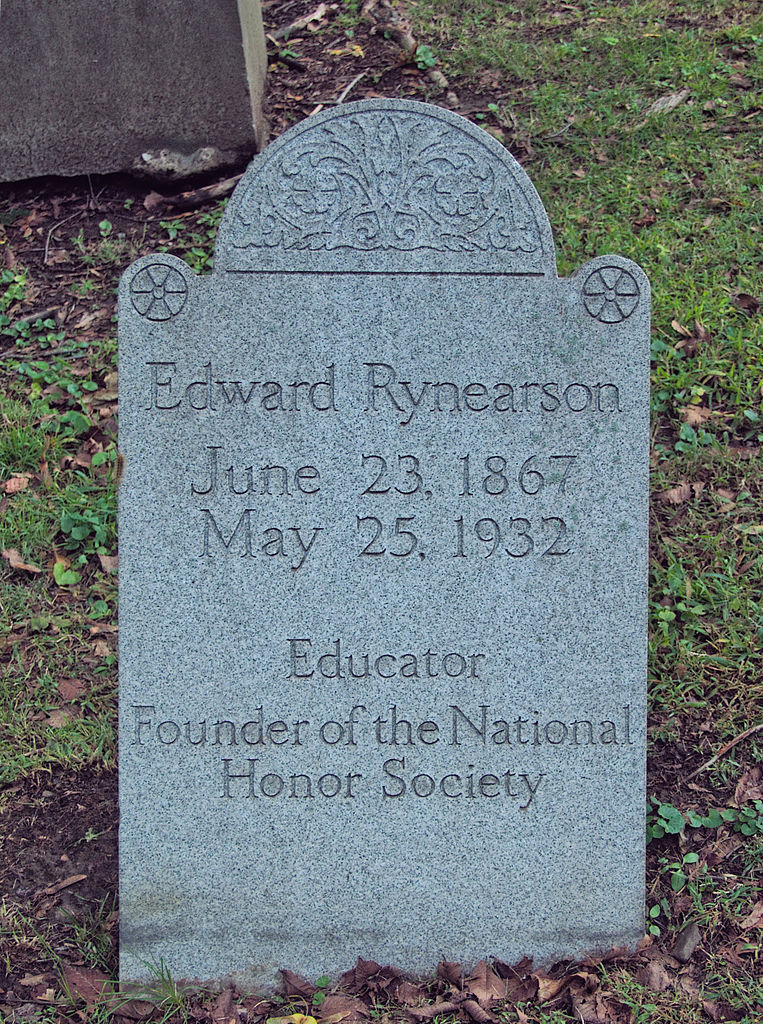 These particularly fine monuments are very unusual: conscious imitations of the tombstones of a century or more before, but in a very 1930s style. The craftsman is too skillful to imitate the natural irregularity of our early stonecutters’ work; he has to resort to deliberate irregularities, such as occasional capital letters stuck in among the minuscules.

Edward Rynearson was principal of Fifth Avenue High School, Uptown. In 1921, he founded the National Honor Society, which he obviously regarded as his crowning achievement as an educator. 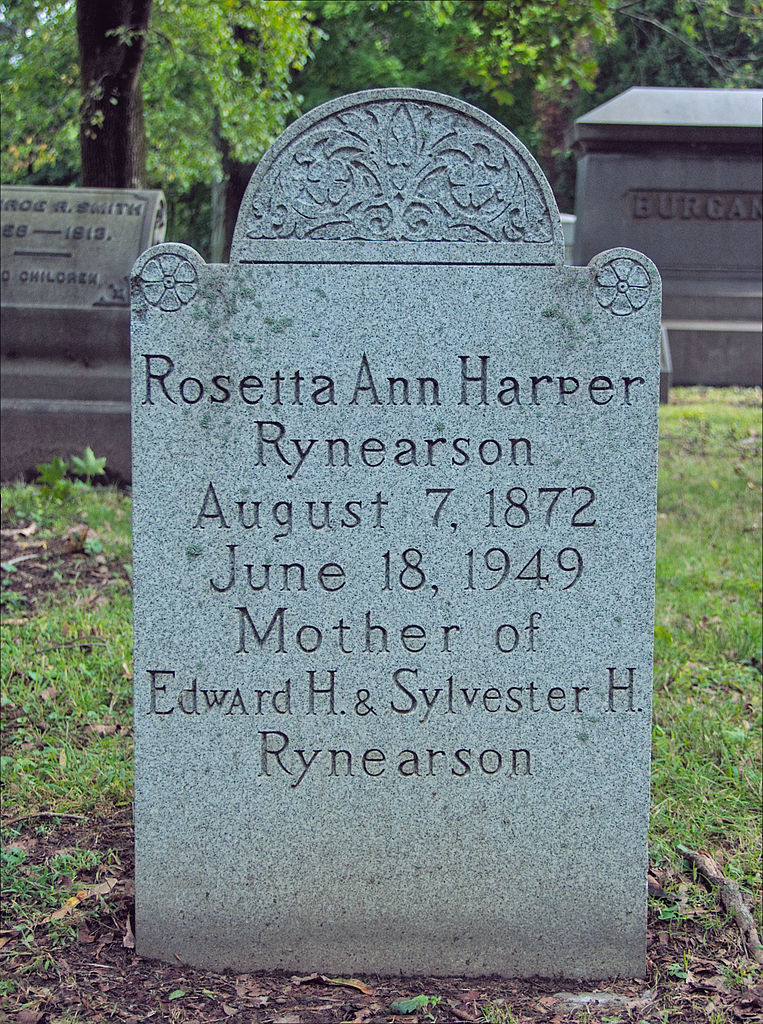 A towering monolith marks the Sheraden family plot in Chartiers Cemetery. William Sheraden was the founder of the Sheraden borough that later became the Sheraden neighborhood of Pittsburgh. Trinity Lutheran Church has a page on the history of Sheraden; it gives the date of William’s death as 1901 instead of 1900, but lists enough relatives for us to be sure this is the same William Sheraden. 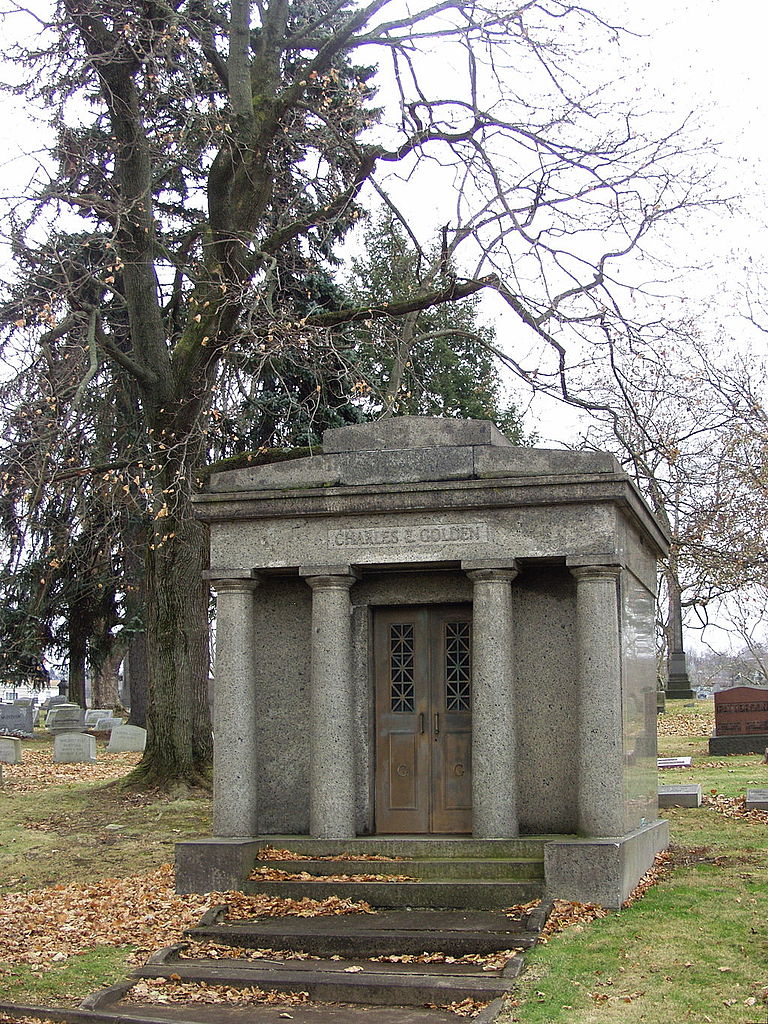 Father Pitt guesses from the style that this mausoleum is from the middle twentieth century. The cemetery records (volunteer-maintained) give us only a row of question marks for the death dates of Mr. Golden and his family. The polished granite is impressive, and there is a good stained-glass window inside.

Originally an urn topped this marble monument, but only a small broken fragment remains. A hand in deep relief points to where the urn used to be.

This shaft or fancy obelisk has lost its top, which is lying on the ground between two Oliver tombstones. The rustic letters spelling out “Oliver” were probably rather tasteless in their time; the passing years have given them character. 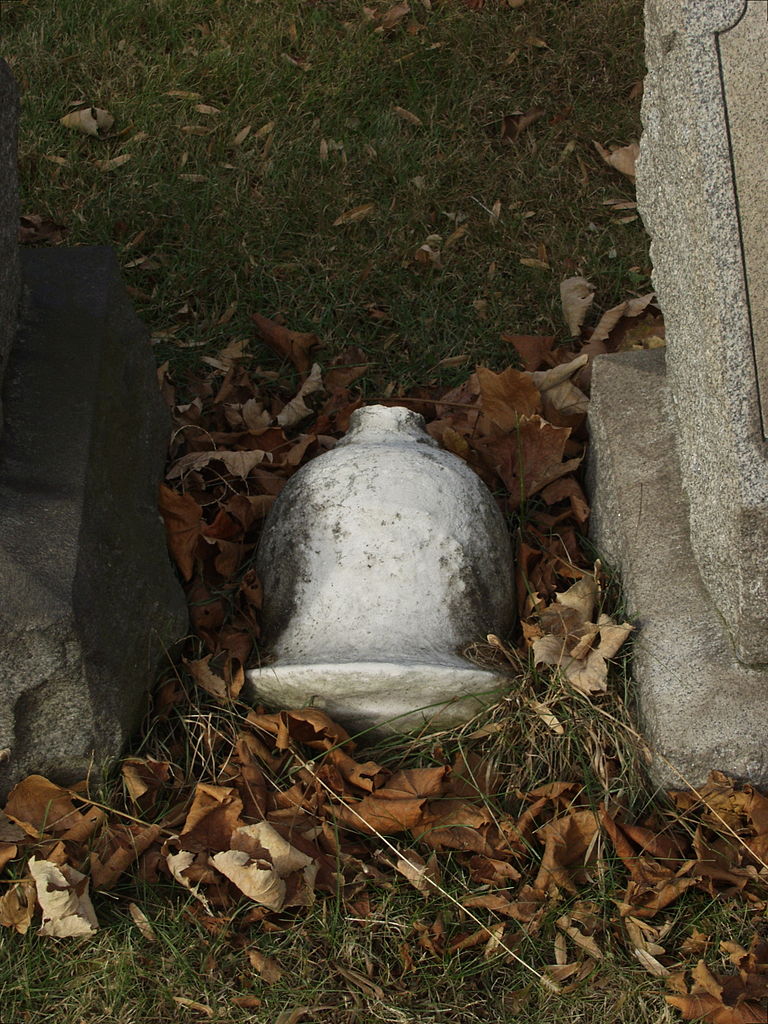 A small monument, but elaborate for its size, giving us an impression of good taste and quietly enjoyed wealth.

This imposing monument is notable for its particularly fine uncial inscription at the top. Moses Chess has a separate headstone that gives 1895 as his date of death. 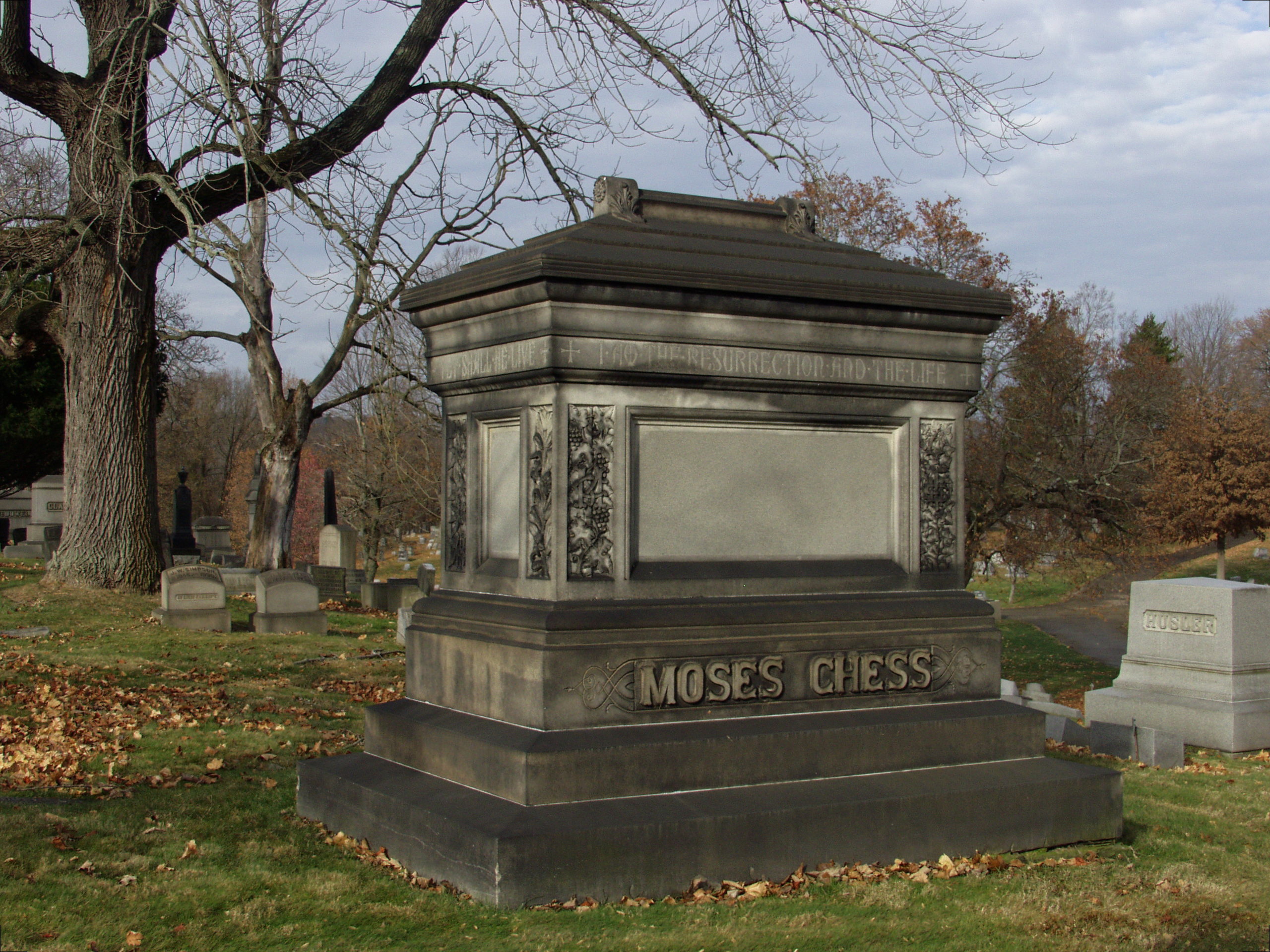 The Chartiers Cemetery has a grand Civil War monument, and at the base of it the graves of dozens of Civil War soldiers are neatly regimented.

Robert and Rachel Sterrett have two monuments—a tall shaft and an elaborate double headstone in marble. Perhaps the plot was intended for the Sterretts and all their descendants, who would gradually grow a flourishing crop of elaborate marble headstones; but it did not happen that way. 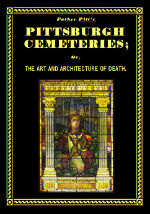 Pittsburgh Cemeteries
Create a free website or blog at WordPress.com.